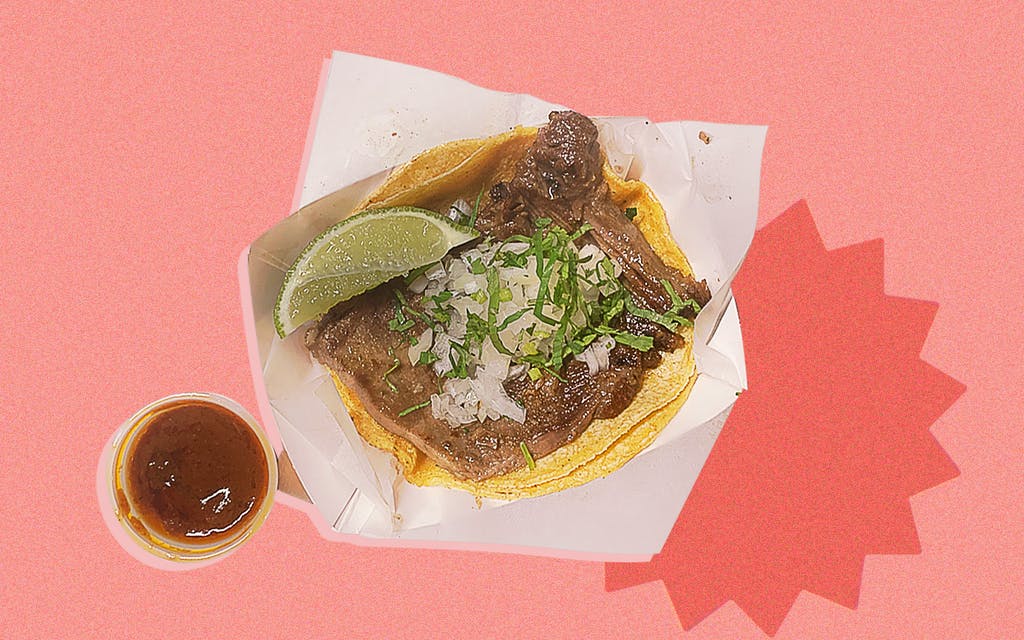 Luis “Beto” Robledo’s plan for Cuantos Tacos was to take a year to see if he could successfully operate a taco truck specializing in Mexico City-style tacos. That was back in September. He already had the truck, a squat, almost squished-looking yellow rig positioned on the lot of an auto repair shop on Manor Road, in Austin. The truck was a holdover from a previous short-lived project fusing Japanese and Mexican food by Robledo, an Austin native and classically trained chef whose family hails from Matamoros, Brownsville’s Mexican sister city. On a trip to Mexico City, Robledo was introduced to the stainless-steel convex comal—called the chorizera or choricera—which has a raised center that acts as a secondary cooking surface and is found at many iconic…View Original Post

The post Taco of the Week: Lengua at Cuantos Tacos appeared first on Texas Monthly.