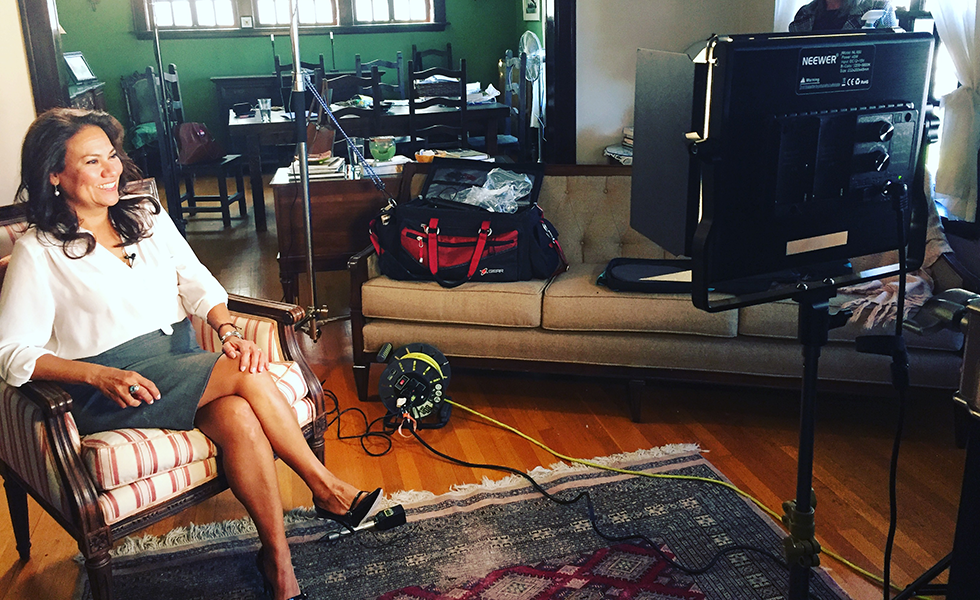 During my four years at the Texas Observer, I’ve scrambled after stories about the progressive movement all over the sprawling Lone Star State. So while watching The Pushback—a new documentary that chronicles the Texas left—I sometimes felt the distinct sensation of being followed.

Directed by Kevin Ford with production help from Richard Linklater, The Pushback is a roving celebration of the Texans—particularly women of color—who are fighting to make our state reckon with its racist past while pushing it toward a more just and equitable future. Spanning from fall of 2018 to February of this year, the film begins during the fevered heights of Beto O’Rourke’s U.S. Senate campaign, detours into local fights against Trump’s border wall and over homeless policy in Austin, and concludes with the ascension of El Paso Representative Veronica Escobar to national prominence. (Disclosure: Your humble reviewer does appear multiple times in the film, wandering ignorantly through the frame at a Trump rally in Houston and explaining the logistics of border wall construction in an impromptu interview at a Rio Grande Valley cemetery.)

Two women form the narrative backbone: Escobar, who replaced O’Rourke in the U.S. House of Representatives after the latter narrowly lost his Senate bid, and Natasha Harper-Madison, an Austin City Council member elected in December 2018 and the only African American on the council of Texas’ rapidly gentrifying capital. Both are apt choices. Escobar, one of Texas’ first two Latina Congress members, is a rising star in Washington: One of two freshmen on the speaker’s leadership team, she’s become a face of the resistance to Trump’s border policies, even giving the Spanish-language response to the State of the Union speech in February. Harper-Madison, a political newcomer, emerged from a crowded city council primary in 2018 and has become a progressive leader on homelessness, housing policy, and rooting out racism in Austin’s police department.

The Pushback—which features crisp cinematography and poignant original music by Joseph Cash—was meant to debut in March at South by Southwest in Austin. But the premiere, like much of society, was derailed by the eruption of the COVID-19 crisis. That’s a shame. SXSW is primarily a carnival of psychotic techno-optimism brewed up in Silicon Valley. By contrast, The Pushback is rooted in Texas and tells the stories of real people, with the weight of history on their backs, fighting for power. As the left fights to wring political progress from the coronavirus crisis, the film—which should be available for viewing this summer, one way or another—could serve as both a hopeful salve and a call to action.

Early in the film, just after O’Rourke’s near-win in 2018 propelled a string of down-ballot Democratic victories amid record-breaking midterm turnout, Escobar discusses Texas’ future. “Something happened this election that I haven’t seen happen in all my time in politics: You had young people and Latinos and minority communities … [They] came out and voted,” she says. “If we work a little harder next time, there’s nothing we can’t accomplish.”

Later, Wendy Davis—the former state senator who was blown out by Republican Greg Abbott in the 2014 gubernatorial race—echoes Escobar. “What was so beautiful about Beto’s campaign was he was riding a moment … following 2016, where people said, ‘Dammit, I’m going to do something,’” she says. Now Davis has won the Democratic primary for a Central Texas congressional seat and is set to face a vulnerable Republican incumbent in November.

Even those staring down Trump’s border wall and the federal powers of eminent domain are defiant. In Hidalgo County, Rey Anzaldúa, a retired customs officer whose family has owned land in the Rio Grande Valley since the Spanish land grants of the 1700s, delivers one of the film’s best lines. “We’re gonna fight like heck to hang onto this land,” he pledges. “Even if we lose, they’re gonna know they’ve been in a fight.”

The film is not without its flaws. There is, frankly, too much Beto. After O’Rourke abandoned Texas to pursue his quixotic flameout of a presidential campaign, and after more than a year of other Trump-accelerated news cycles, the heady months of 2018 now feel quite distant. These days, O’Rourke is largely just another unemployed Democrat. In March, he (along with Escobar) resurfaced to back Joe Biden and stop Bernie Sanders—despite the fact that El Paso and the rest of the Texas border went for Bernie.

The movie is also too heavily focused on Austin and the border. Houston and Dallas-Fort Worth—Texas’ primary population centers and the statistical drivers of the state’s political transition from red to purple—scarcely appear. In general, the film is occasionally scattershot, veering from one scene to another without much connective tissue. Still, The Pushback works—both as a satisfying way for Texas progressives to see themselves on-screen and as a means for non-Texans to expand their political conception of the state.

As the film progresses, the title’s double meaning becomes clear. Not only are liberals and people of color pushing back against the white Republican establishment, but reactionary elements are fighting back against a changing Texas.

At a Florida rally held last May, we hear Trump joke about shooting asylum-seekers at the border. The screen goes black, gunshots ring out, and we’re transported to the August mass shooting in El Paso. That crime—the deadliest massacre of Latinx people in American history—was allegedly carried out by a North Texas man who spewed anti-immigrant vitriol eerily similar to the president’s rhetoric.

In Austin, Harper-Madison describes the conservative backlash that followed her city’s decision last summer to partially decriminalize homelessness. “That’s when I really got to feel just how visceral the reaction was,” she says, describing the bilious, often racist complaints she’s received. She then gives the movie its title. “We are moving much more quickly toward being a more progressive state than we historically have been, which frankly I think gets us a lot of the pushback.”

By its end, the film becomes an ode to the growing pains of a changing state.

In this year’s March primary, Democratic turnout in Texas surpassed that of Republicans for the first time since 2008. But GOP turnout was also high, and that was without a serious presidential race to drive voting. Now the coronavirus has scrambled everything—including when and how to vote.

There’s reason for progressives to be hopeful. But it’s hard to say, come November, which side will end up pushing harder.

The post ‘The Pushback’ is an Expansive Look at the Texas Left’s Fight for Power appeared first on The Texas Observer.